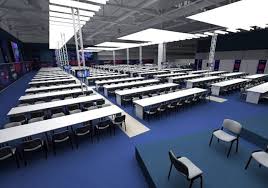 TV Segments
LUMINEERS has been prominently featured on many national and local network affiliate television stations and top rated TV shows. From dramatic patient makeovers to detailed product features, LUMINEERS is as sought after for television appearances as some of Hollywood’s greatest stars.

Following are some of LUMINEERS most recent TV credits:

Montel
A feature segment on “Quick Fixes Over A Lunch Hour”, including a LUMINEERS smiles makeover and Sapphire Professional Whitening. Dr. David Nusblatt of Manhattan placed the LUMINEERS and Dr. Wilma Antonio performed the Sapphire Whitening live on the show. Both patients had dramatic results. The segment will air in early October 2007.

KNXV-TV, “SONORAN LIVING”, PHOENIX
On September 17, LUMINEERS is featured in a segment with Dr. Stacey Layman on “Sonoran Living”.

WEWS-TV, ABC, CLEVELAND/AKRON
LUMINEERS is featured in a September 12 segment on cosmetic dentistry.

WFLA-TV, NBC, TAMPA/ST. PETERSBURG
On July 18, LUMINEERS is featured in a segment with Dr. Dana Cuculici.

Magazine and Newspaper Placements
You can’t flip through a magazine in the grocery store or at the doctor’s office without running into a story about LUMINEERS and mentions of its painless benefits. Often printed with before and after photos, first person testimonials and dentist case studies, over a dozen magazine and newspaper editors are currently preparing stories on LUMINEERS. Some of the most recent articles that have printed include:

The September 1 issue of READER’S DIGEST (with a whopping circulation over 10 million) features LUMINEERS in the story, “This Won’t Hurt A Bit,” about “new breakthroughs” in cosmetic dentistry. LUMINEERS is mentioned under the column, “Better Living Through Dentistry,” as “half the width of a regular veneer-thin enough to install without grinding.”
LUMINEERS has recently been featured in numerous national and regional magazines including:
HEALTH & FITNESS SPORTS (HOUSTON) – August
BLACK MEN – August
HOUSTON CHRONICLE – August 22
PALM BEACH POST – July 18
NORTHERN COLORADO BUSINESS REPORT – July 5
TAMPA BAY METRO – July 1
NEWS LEADER – May 31
HOUSTON STYLE – May
And many, many others